For the past two weeks, hardcore rock jock and Touchstone climber Ethan Pringle has been climbing on the amazing limestone of Spain.

“The mode here has been muy tranquillo,” said Pringle.

Pringle flew over to Spain, where he met with hardcore sport climber and ex-pat Chris Sharma. The pair settled into Sharma’s crag side home of Oliana, the second largest town in the comarca of the Alt Urgell in Catalonia Spain. Chris and Ethan, along with Chris’ lady friend Dalia, have been climbing in town. “We’ve only gone to Oliana but even on the ‘hot’ days (which are nothing like most days at Jail House past 2 pm) it gets nice and cold and breezy as soon as the sun goes behind the cliff which happens around 3 pm this time of year,” wrote Pringle on his blog. “Because of the late hour in which the cliff goes into the shade we’ve been getting really late starts- waking up around 10, leaving for the cliff around 11 and starting the warm-up around noon- 1pm.” 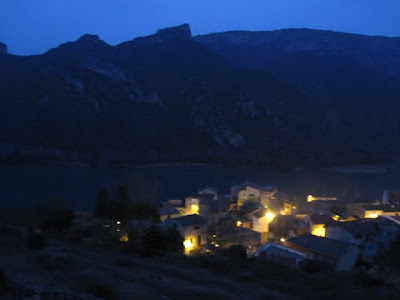 The Spanish town where Ethan is staying.

Pringle described the amazing climbing as a mini-Ceuse France. “Oliana has a blue and tan streaked limestone wall that averages about 120 feet in length with blockier (read: chossier) rock near the bottom and cleaner tufaed and pocketed, hyper-textured rock up higher. Most of the routes are endurance and power-endurance mega-thons with technical and powerful cruxes thoughout and good rests in between. A sportclimbers dream!” 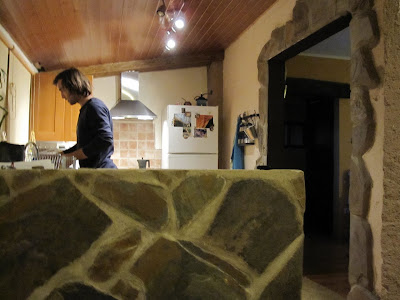 Chris at the house where Ethan stayed.

Even with the late start and the easy days, Pringle has been getting after it, onsighting 5.13b, sending a 13d second try, and working on some 5.14+/5.15 routes.

Pringle nearly fired the Oliana tufa dream climb Humildes pa casa (Humble Go Home 8c), falling at the last bolt. “I failed to register the last tufa out left and tried to muscle up the single, slithering tufa that snaked away from me when I was too pumped to lift my arms.” Chris summed it up perfectly, telling Ethan,” Bummer dude, you had tufa vision.” 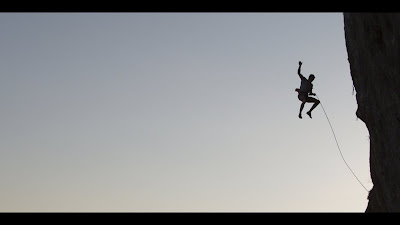 Ethan getting pumped off a tufa super route.

Pringle has been climbing with the heavy hitters. Sharma is uber strong as are visiting climbers like Ramon Julian. “There euro comp climbers are… impressive, to say the least,” wrote Pringle. “!Holy mierda! Have you heard that Adam Ondra onsighted two 8c+s, an 8c and an 8b+, wrestled an alligator and saved a baby from a burning house all in two days?!?

Pringle commented, “All these super-human climbers make me want to train for six months loose 15 lbs eating only vegetables and white meat and running a marathon every day… but lets be realistic, that’s not going to happen. I love Nutella and peanut butter and avocado (not necessarily not all together).” 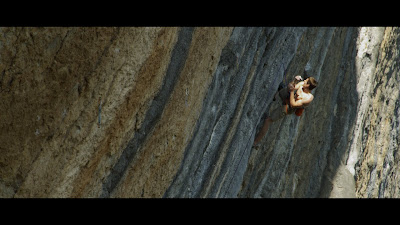 Ethan just left Spain for two weeks to meet up with Matt Wilder and Paul Robinson for some bouldering in Switzerland. He’ll return to Spain soon after that to climb a la muerte.