MetalMark, the new Touchstone Gym in Fresno, was named after a California butterfly with distinctive, metallic markings. The name was inspired by the simple idea of metamorphosis, by the physical and mental changes we experience as rock climbers. The form of the Touchstone butterfly is transformed as well; it is modeled on the engineering of aluminum cams used in outdoor climbing.

Mark Fox and Angie Wang of Design Is Play in San Francisco, designed the MetalMark logotype, setting it in Rockwell Antique, a slab serif typeface issued in 1931. They hand drew the letters and then recreated them digitally. 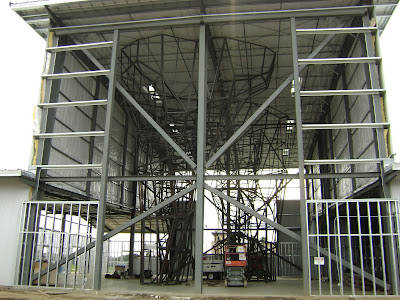 The walls are heavily supported by an intricate series of steel beams.

Construction at the new 12,000 square foot Touchstone climbing gym at Fresno’s Granite Park has been moving rapidly. The local contractors working on erecting the steel framing established the roof first so that Mark Melvin, the Touchstone owner, could begin working on the climbing gym walls. Melvin has been working on designing the 45 foot high walls and has been putting a large concave feature into the middle of the wall. 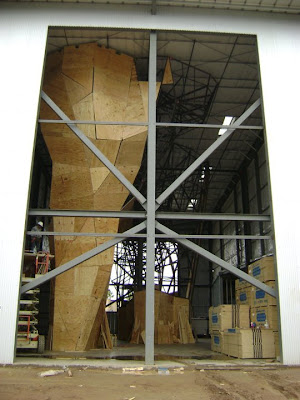 The plywood for the climbing wall has been put up on a significant portion of the steel structure.

After the framing is finished, the plywood will be put on the walls followed by the stucco. There will be a separate yoga and cycling room along with full cardio and weight equipment. 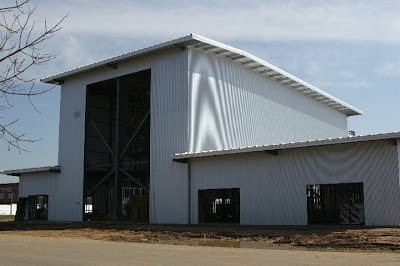 The main climbing area will be flanked by a yoga and exercise room as well as an office.

Touchstone poo-bah Russel Olsen said, “The whole thing is moving along really well.” Olsen estimates that the construction will be ending in early summer.