Vertical Velocity, the girls’s climbing team at Berkeley Ironworks, is having a bake sale on Monday evening. The team will be having its one year anniversary this month and is raising money for team sweatshirts. 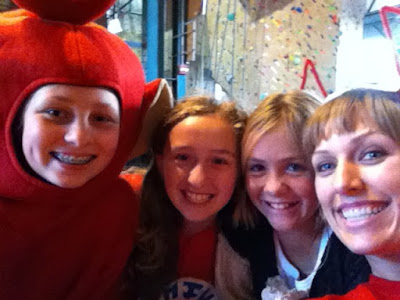 The girls’s climbing team had a great costume part in October.

The team began in late 2010 with only 6 girls but in a few months the roster maxed at 20 and a waiting list was started. The girls came from different schools in different part of the East Bay. Some had been climbing at Touchstone kids camps since they could barely walk, while some had never put on a harness. Regardless of their backgrounds or experience, they have all come together to create a fun and challenging group with an increasing presence at Ironworks. 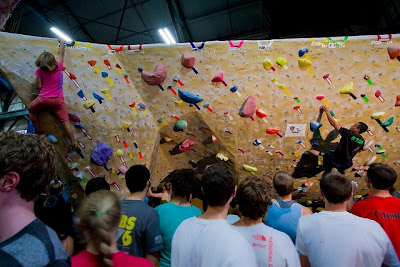 The girls had a great time at the latest comp.

The girls are baking their own amazing goods for the bake sale. There will be gluten free options and lots of tasty holiday treats. The bake sale will be going on from 5pm to 8pm on Monday, Dec 12. Stop by Berkeley Ironworks, climb some great routes, and reward yourself with some of Vertical Velocity’s great treats!